What’s so great about Pokemon Go?? 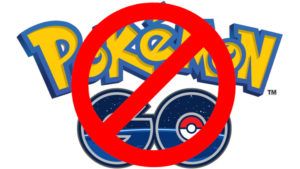 It seems that everyone can’t stop talking about Pokemon Go.  My daughter and I just returned from a two-day mother-daughter getaway to Montreal.   We checked in to our hotel and much to her surprise, I found out how awesome it was, that our hotel was actually a Pokestop,…AND… in addition, wifi was free, which meant that we were about to get LOTS of points every five minutes or so, on Pokemon Go.

Earlier in the month, my niece called me from her work.  She said, “my co-worker is in her mid forties and she can’t stop talking about this stupid game.  I mean, what’s so great about Pokemon Go?

What a brilliant idea, inventing an app that actually gets this slumbering generation out of their rooms, and ‘walking’ for a change.  The marketing has been expertly targeted to make us parents think that it’s actually a good thing.  Of, course, our response is to ‘jump on the bandwagon”.  Walking is good after all?  We’ll get to hatch eggs, you know?

Whatever the motivation, one thing is certain, it seems in all the frenzy, we’ve forgotten that it’s not just the physical exercise that is important, but even more-so, to learn to make real human connections.  In his 2008 acclaimed book “Outliers” Malcolm Gladwell talks about a small town in eastern Pennsylvania “Roseto”, name after a Southern Italian town “Roseto Valfortore”, that has an inordinate amount of octogenarians, nonagenarians, and centenarians living lives well-lived.  Gladwell set out to write about and to study why that is.  In summary, more than the food they ate, or genes in their bloodline, the one thing that attributed most greatly to longevity was “family relationships”.  Three generations eating dinner at the same table, contributed more to a long human experience than any medicine or any genome available today.

Some will argue that Pokemon Go does just that in helping us to re-establish the ability to connect with others and provide an ‘outdoorsy’ human experience.  But this is a debate for another day and for somebody else’s blog.   Nowadays we have fitbits to help remind us to move around ~ counting our steps and helping us to shed some of that sluggishness and entitlement that has built up over the last generation. 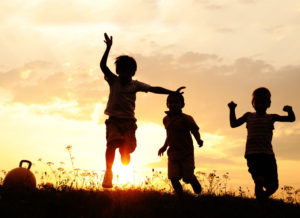 I mean seriously, an app?  Is that what it takes to develop the motivation to explore the outdoors?  Quite frankly I think its very sad.  Yesterday I saw three very overweight kids walking in the park with phones in hand and looking down as if they were on the end of a metal detector, and I thought….how sad is that?  Why does it have to get to that?  In fact, just this evening, I saw a mother in front of the public library playing the game for her five year old along with about 20 other kids and their parents.  This reminds me of the mothers a decade ago whose kids would leave their tamagachi pets with their moms while they trudged off to school.  I recall waiting with the other parents at the school door for dismissal, when I noticed one mother who had three tamagachies on chains around her neck, and the poor woman was stuck feeding and changing them all day so they wouldn’t die while her kids were in class.  As with any fad, this too will pass and the parks and pokestops will be empty again….

Parents, if we want to do our kids a lifelong favour, how about making them get off their butts and get outside??  Maybe this is the Italian housewife coming out in me…How about giving them chores to do like cut the grass and trim the hedges and pull weeds?  If we look around our neighbourhoods, we rarely see kids doing this anymore.   “It’s a beautiful Saturday”, my mother would say.  “How about getting your butt outside and don’t come in until I tell you”? 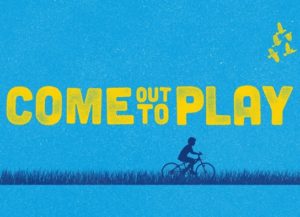 Heaven forbid that today, we ever talk to our kids like that?  That’s just loaded up with way too much responsibility.  I mean, we’d get accused of being a fun sponge, or ball-buster if that were the case.

For the up and coming developers and technology gurus of the future, I have a suggestion for you:  Invent something that allows us to look up while we’re outdoors, and I don’t mean an app.  I mean an ‘attitude’.  We are such an awestruck society when it comes to the latest and greatest technologies and gadgets that we actually miss the forest for the trees.  Jumping on every bandwagon that comes our way, just so that we are not part of the FOMO crowd…short for Fear of Missing Out.  Well I hate to break it to the FOMO crowd, but the vast majority of us are wasting a heck of a lot of time while ‘real life” passes us by.  It is such a risk to be a guineapig with our time.

Don’t get me wrong, I am all for technology development, actually its what I do everyday as an engineer and materials developer;  however, I draw the line at some things, like being told what I will find amazement in…..  We are all lemmings, blindly pursuing the blind.  I have to give these developers a lot of credit though, they researched their market, they saw a developing problem with societal youth, and they developed a “solution” if you will, and are profiting immensely from it.

Not-to-mention, a co-marketed vehicle designed to sell more data to unsuspecting  potential users…the youngest among us.  As, if this wasn’t by design?

In fact, what’s actually so great about Pokemon Go, is that the technology is genius.  The underpinnings of which have the potential to take marketing and advertising to an all new level:  Like the little ice cream shop in the South Western US whose ice cream sales tripled in one month because they inadvertently became a Pokestop.  With the ability to interface with Google Maps, imagine a world where business is driven to your door with a paid online subscription?  (ie put gps coordinates in here) come to McDonalds for your McLemmings, kids.

Whatever the case, it still doesn’t make us look up as a society. 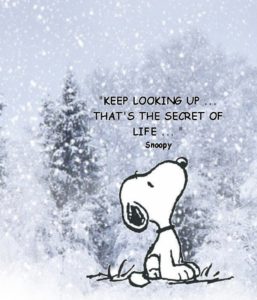 Many years ago, I boarded an early morning flight from Toronto to Milwaukee.  I got comfortable in my seat when this early forties gentleman sat next to me.  We introduced ourselves and found out we were both people of science working in different fields.  He was an astronomer, working on the Hubble telescope.  I thought, “cool”, a REAL Astronomer!  I don’t think I’ve ever really met an astronomer before.  In the ensuing 90 minute long chat, I  learned a lot about the challenges their team was having with lens positioning but what I learned the most in that sliver of my life, still sticks with me today.

He was married with two teenage children,  He said “do you know what the biggest problem is with youth today?” He said, “they leave the house and they never look up”.   He went on “it translates into adulthood, and what we end up creating is an entire society that forgets to look up”….”we are a speck on an amoeba as compared to the expansive Universe out there and we need to be aware that we are not at the center of it”.

My youngest was two when I met this astronomer gentleman, and ever since I’ve encouraged him to enjoy the outdoors, play outside, build forts, tinker in the garage, ride his bike, ride trails in the woods for fun, stop…look around…breathe…, put a smile on and explore our world…  He doesn’t have data on his phone, nor am I going to feel the pressure to get it for him because of a game, and thankfully that’s just fine with him.  One of his favourite things to do is to spend time with his grandparents and when I ask him why?  He replies:  “they won’t be here forever so I want to make the most of their time”.

There’s way more out there to enjoy as long as  you keep looking up…. 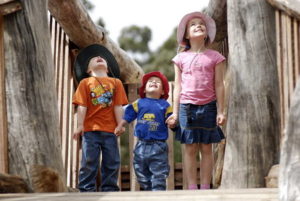